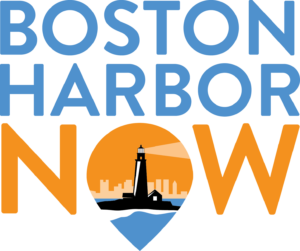 Boston Harbor Now is a nonprofit organization committed to equitable access, climate resiliency, and the Harbor’s role in the health and economy of the region. As the legislated partner of the Boston Harbor Islands National and State Park and the City’s partner for the Harborwalk, it encourages people to explore Boston’s waterfront and Islands by promoting and hosting hundreds of free and low-cost recreational, cultural, and social events. BHN partners with the City of Boston and waterfront communities to prepare for sea level rise, while promoting outstanding waterfront open space, and partners with the Mass Department of Transportation to develop and advance a Boston Harbor-wide water transportation plan for expanded ferry service. They support investment and innovation in Boston’s working port to better support our 21st-century maritime economy.

When we began our partnership with Boston Harbor Now, the organization had been experiencing steady growth in its fundraising program in recent years. They had had success with both individual and institutional giving, particularly in terms of consistent support from the Board. Additionally, the organization was continuing to grow its base for annual giving, especially when it came to mid-range gifts. The greatest opportunity for additional growth was around the development of a major gift pipeline and program.

To capitalize on this opportunity, Boston Harbor Now had launched a search for a new Vice President of Philanthropy. However, while conducting the search on their own, they had had limited success in recruiting the diverse, high-caliber candidate pool they were seeking. Kathy Abbott, President and CEO, and the board turned to the Development Guild to reboot the search.

We began our partnership with Boston Harbor Now by re-structuring and re-booting the search. This entailed:

By drawing on our extensive network of potential candidates and referrers, we were able to develop a robust and diverse pool. Boston Harbor Now welcomed Kerri Cleghorn Lai as their new Vice President of Philanthropy. Kerri relocated from Texas, where she held the role of Chief Advancement and External Affairs Officer at the Dallas Holocaust and Human Rights Museum. Her fundraising career began in Boston as a member of teams at the Boston Symphony Orchestra, the Boston Public Library Foundation, and UMass Boston.

Kerri is serving as a key member of the Management Team and as an important strategic partner with the President and CEO. Her work is instrumental in raising major gifts to support community access and climate resiliency—emphasizing Boston Harbor Now’s commitment to civic engagement, public policy, and DEI, alongside its longstanding work with the Harbor, waterfront, and Islands on behalf of Greater Boston. 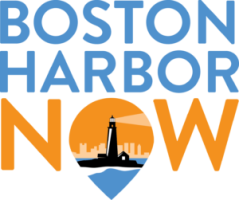 The Development Guild team of consultants was tremendous; their expansive network, strong insights into the development landscape, and ability to speak to and prioritize DEI in the search for our new Vice President of Philanthropy made all the difference. We were impressed by the quality and number of candidates, and by how organized, efficient, communicative, and adept Development Guild was at promoting the position in the marketplace.

Prior to working with Development Guild, I was skeptical of the value that search firms could provide, based on my previous experiences. Development Guild changed my mind completely. Their team was accessible and effective. They helped us gracefully navigate various obstacles throughout the process, all while keeping the search on track. We are thrilled with the outcome and our new Vice President of Philanthropy.

- Bob Golledge, Board Member and Chair of the Search Committee

Contact us to learn more about our executive search services.