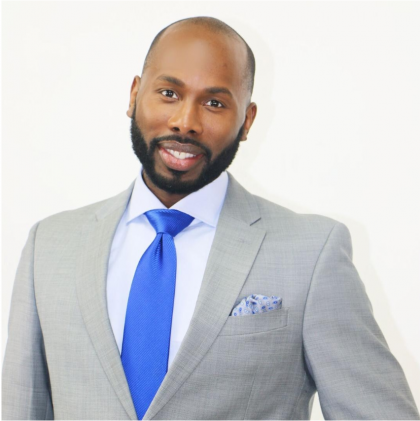 Development Guild DDI is pleased to announce Isaac W. K. Thweatt will join Emerson College as Associate Dean for Development, School of the Arts on July 20. In this newly-created leadership role, Isaac is tasked with building a robust donor pipeline while working collaboratively with faculty, students, College leadership, and the alumni community to establish and grow relationships. Additionally, Isaac will work closely with Dean Rob Sabal to strengthen and steward existing connections, network to identify new opportunities for institutional advancement, develop new strategies for alumni and donor engagement, and increase major gifts for the School.

Isaac joins Emerson College from Columbia University (New York, NY) where he holds the position of Executive Director of Individual Giving, Columbia Business School. At Columbia, Isaac leads the Individual Giving team in strategy, fundraising, engagement, and stewardship efforts for an $8M+ unrestricted fund, and manages an alumni and donor portfolio comprised of U.S. domestic and international donors. Prior to Columbia University, Isaac served as Director of Alumni Outreach at American University (Washington, D.C.) and as Associate Director of Development, School of Business at George Mason University (Fairfax, VA). Isaac is an alumnus of George Mason University with a bachelor of music and The Catholic University of America with a master of science in management. In 2019, Isaac was recognized as the CASE District II Professional of the Year, in part for his service as an architect and inaugural faculty member for CASE’s Advancement Internship Program.

The School of the Arts at Emerson College is a community of artists, professionals, and scholars committed to educating students to bring vision, commitment, sophistication, and courage to their crafts. By training students in theory, practice, and the intellectual and artistic traditions that inform both, the School’s departments help their students become thinkers, makers, and citizens of a complex world. The school’s internationally recognized faculty members give their students a sense of ownership of their education.

Rob Sabal is the Dean of the School of the Arts. He has been a filmmaker and media educator for more than 30 years. Sabal received his MFA in film and video from Northwestern University and has taught film and video production at St. Edward’s University, Trinity University (San Antonio), the University of Arizona, the University of Texas-Austin, and at Emerson College where he served as director of the film program and as chair of the Department of Visual and Media Arts prior to his appointment as Dean of the School of the Arts. In 2012-2013 he was an ACE Fellow in the President’s office at Suffolk University. He is a former president of the University Film and Video Association.