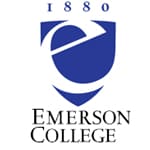 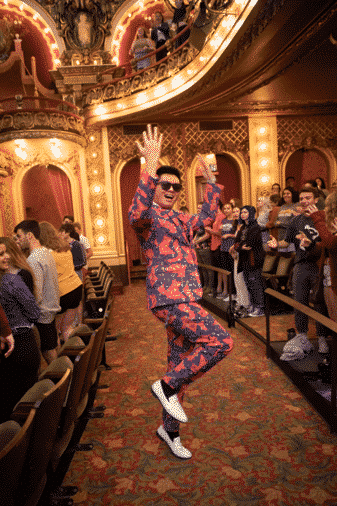 Top ranked and internationally recognized for its specialty studies, Emerson College is the only higher learning institute in the United States that focuses exclusively on the study of communication and the arts. Emerson College is ranked #8 in U.S. News & World Report’s 2017 Best Regional Universities in the North; #10 on the list of Best Film Schools in the country by The Hollywood Reporter; top journalism program in the country by College Factual; and in the top ten for Best College Radio Station, Best College Theater, and LBGTQ-Friendly lists for 2017 by the Princeton Review. Emerson also has positively impacted the Boston community with development of its “Campus on the Common,” reviving that area of the city and bringing to it a new vitality.

Over the years, the institution has evolved from a small New England school of oratory to a multifaceted college with campuses in Boston, Los Angeles, and the Netherlands and degree programs in Boston, Paris, and Lugano, Switzerland. While Emerson remains committed to its historic mission as a specialized academic institution, its curriculum reflects the emergence of interdisciplinary study as a mode for teaching and learning and affirms new directions for the fields of the arts, communications and the liberal arts. Located in the heart of Boston, Emerson is internationally recognized in its fields of specialization, which include communication studies; marketing communication; journalism; communication sciences and disorders; visual and media arts; the performing arts; and writing, literature and publishing.

Led by President Lee Pelton, Emerson is home to 3,800 undergraduate students and over 700 graduate students representing 50 states and more than 55 countries. The students are independent minds from diverse backgrounds who develop their own personal voice and expertise in professions that profoundly shape society and culture in the 21st century. The 503 full-time and part-time faculty members teach 26 undergraduate majors and 41 minors in the communication and arts discipline and 18 graduate programs offered in flexible formats.

About the School of the Arts

The School of the Arts at Emerson College is a community of artists, professionals, and scholars committed to educating students to bring vision, commitment, sophistication, and courage to their crafts. By training students in theory, practice, and the intellectual and artistic traditions that inform both, the School’s departments help their students become thinkers, makers, and citizens of a complex world. The school’s internationally recognized faculty members give their students a sense of ownership of their education.

Rob Sabal is the Dean of the School of the Arts. He has been a filmmaker and media educator for more than 30 years. Sabal received his MFA in film and video from Northwestern University and has taught film and video production at St. Edward’s University, Trinity University (San Antonio), the University of Arizona, the University of Texas-Austin, and at Emerson College where he served as director of the film program and as chair of the Department of Visual and Media Arts prior to his appointment as Dean of the School of the Arts. In 2012-2013 he was an ACE Fellow in the President’s office at Suffolk University. He is a former president of the University Film and Video Association.

About Philanthropy at Emerson 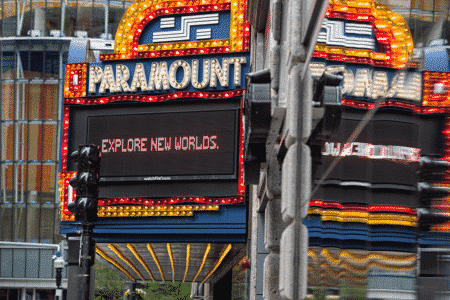 It is a new era of exciting, impactful fundraising at Emerson. Under the leadership of President Lee Pelton, newly named Vice President of Institutional Advancement John Malcom, and in collaboration with the Emerson Board, Emerson is beginning to prepare for its first ever campaign. With illustrious alumni that include talk show host Jay Leno ’73, actors Henry Winkler ’67 and Denis Leary ’79, television producers Norman Lear ’44 (All in the Family), Vin Di Bona ’66 (America’s Funniest Home Videos) and Kevin Bright ’76 (Friends), and entrepreneur and makeup artist Bobbi Brown ’79, among many others, this unprecedented campaign will tap into a vast and powerful donor base.

John M. Malcolm was recently named Vice President of Institutional Advancement. John comes to Emerson from Partners in Health, where he has served as Chief Development Officer, successfully leading the organization’s individual giving operation, corporate and foundation partnerships, public sector partnerships, and donor services. Prior to his work at Partners in Health, John was the Vice President of College Relations at Williams College, where he worked with the President to lead the College’s $700 million campaign, collaborating to secure the largest gift in Williams’ history and bringing the overall alumni campaign participation rate to 75 percent. John’s previous career experience in higher education includes development leadership roles at Swarthmore College and Bucknell University.

About the Associate Dean for Development, School of Art

A newly created position, the new Associate Dean will be an experienced fundraising professional tasked with building a robust donor pipeline while working collaboratively throughout the school to build relationships and engage a passionate alumni base. This person will strengthen and steward current relationships with faculty and alumni and network to bring in new prospects while creating engagement opportunities for donors and prospects with the goal of soliciting major gifts at the 6 and 7 figure level.

While reporting to Institutional Advancement, this person will be embedded within the school of communication with a dotted line to the Dean. They will work collaboratively across the college to develop strategies to engage alumni and donors. 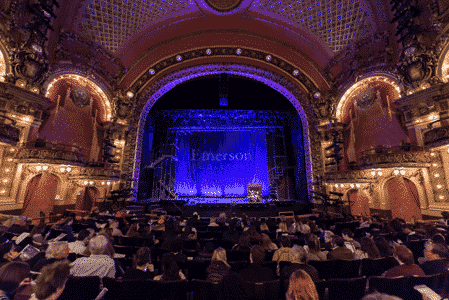 All qualified candidates will receive consideration for employment without regard to race, color, religion, sex, national origin, disability, veteran status, or any other characteristic protected by law.

If you are interested in learning more or being considered for this upcoming search, please email your cover letter and resume in confidence to:

Interested in this position or other new career opportunities?