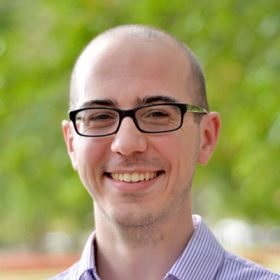 Nick Hamlin is the lead data scientist at GlobalGiving, an organization whose mission is to transform aid and philanthropy, and accelerate community-led change.

Founded in 2002, their vision was to create an alternative for the prevalent, top-down philanthropy paradigm  – consisting mostly of big companies driving prescriptive, million-dollar grants. GlobalGiving supports grassroots organizations that can identify specific areas their community will benefit from. Since then, GlobalGiving has become a pioneer in crowdsourced-philanthropy, providing money, information, networks and more to over 25k projects in 170 countries. To date, they’ve raised $445M with the support of 1M donors.

At our latest Data + the Greater Good meetup, Nick spoke about how democratized data at GlobalGiving has been a driver for their year-over-year success. As the only true “data person” on the team, his work is to make good data accessible, understandable and actionable. Unlike the popular metaphor that data scientists are like rock stars, Nick likes to parallel his work in the social sector to that of folk singers.

How Data Scientists are like Rock Stars Folk Singers!

Pete Seeger, a legend in Folk Music, was a master of collaboration. There are live recordings of Pete teaching his audience how to sing along, providing just enough guidance for them to be a meaningful part of the music. He embraced divergent renditions of his songs, with the folk community reimagining the original lyrics.

In the same way, data science is as much about exceptional collaboration as it is about deep analysis. As the only dedicated data team member, it’s imperative for Nick to make his work accessible to “non-data people.”

At GlobalGiving, one of their most effective tools for making data more accessible is Metabase – a free business intelligence tool that answers questions about data in formats that make sense, whether that’s a bar graph or a detailed table. For instance,  Metabase created a visualization depicting the money GlobalGiving raised in the past year. The fundraising team can access this chart and easily identify relevant correlations, like spikes on Giving Tuesday or surges around Hurricane Dorian, and use this knowledge to make informed, strategic decisions.

These initiatives were far reaching and pretty soon, even the office manager (a traditionally non-tech role) was writing simple queries within Metabase to manipulate data. As Nick puts it, “we would not be able to do what we do if we couldn’t get those people to sing along.”

Rhiannon Giddens, a popular singer, fiddler and banjo player, often performed music that was harmonically uncomplicated, but did so virtuosically. Ten-time Grammy winning artist Bob Dylan built his early career on classic, traditional folk acoustics. But even these greats have had to learn this truth the hard way. In 1965, Bob Dylan infamously played an electric guitar set at the Newport Folk Festival and was booed off stage. The audience hated this sudden deviation from the simplicity of acoustic folk music.

Nick has learned from his own Newport Folk Festival. GlobalGiving receives quarterly reports from the projects they support; it’s been a great way for these organizations to communicate their activity to both GlobalGiving and their donors. At scale, GlobalGiving’s system for manually reviewing each report couldn’t keep up with the rapid growth in volume.

Instinctively, Nick wanted to use data to facilitate this process. Through natural language processing, he created complex graphs modeling rolling window analysis from literary research. He wished to explore whether these quarterly reports had the narrative arcs commonly found in writing ( ), and hoped that would translate to some revelation in report processing – it didn’t quite get there.

Instead, after taking a step back, his team scrapped the fancy graphs for a simple, yet effective system that automatically highlighted parts of the report that likely needed review. This enabled the staff to quickly scan the reports for compliance. In this case the simple approach proved to be most effective.

Playing For Change, a former GlobalGiving partner, is the organization behind Songs Around The World; a movement that brings together musicians from across the globe to virtually collaborate and perform together, reinventing both popular and folk music.

The effectiveness of converting donors to donate recurrently at different thresholds 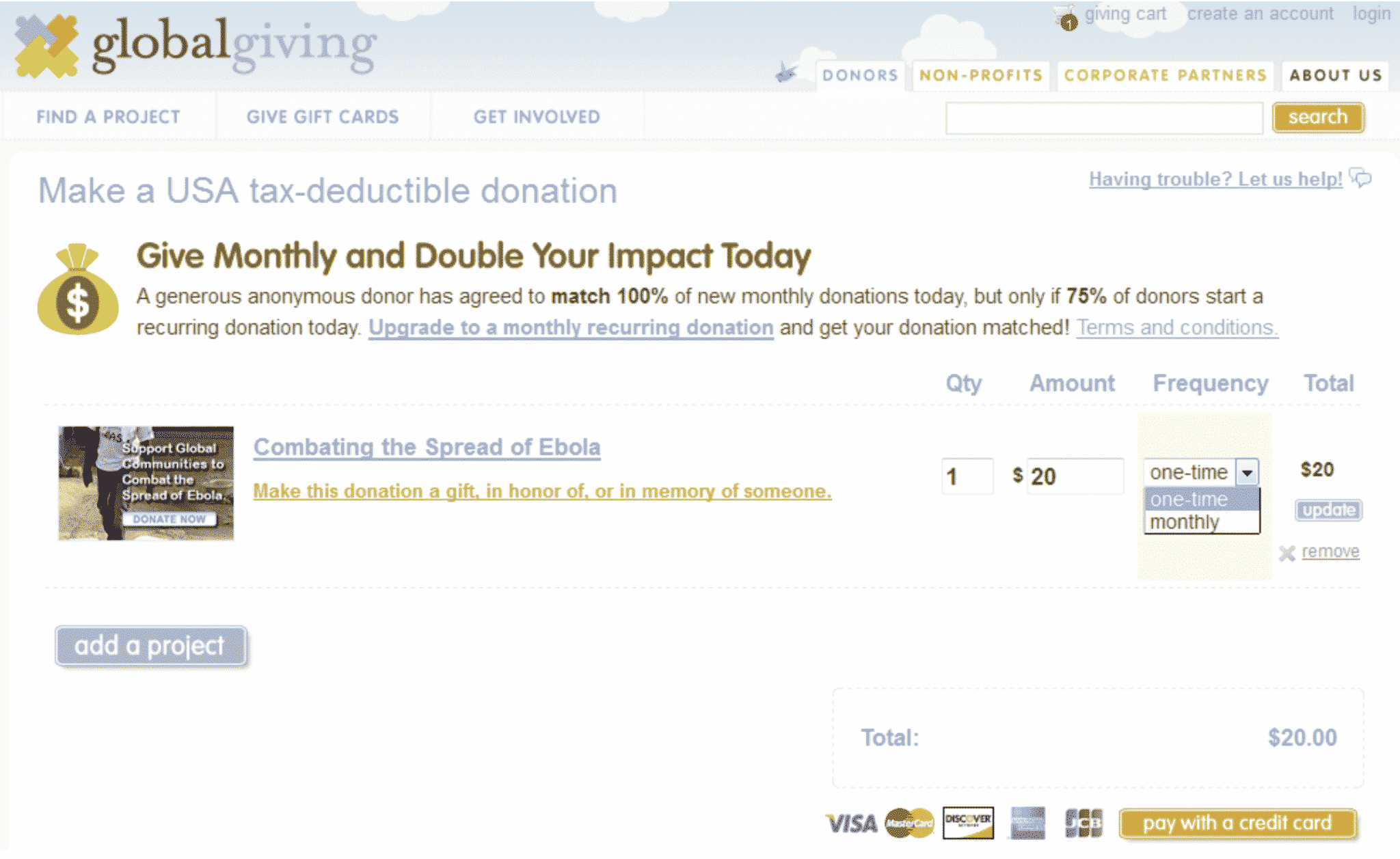 Pete Seeger has a quote inscribed into each of his banjos: This machine surrounds hate and forces it to surrender. It’s a powerful visual reminder, in an auditory dominant craft, of the meaning behind his work.

It’s easy, and common, for data scientists to get caught up in the analysis, creating software, fixing bugs, running experiments, etc. Ultimately, these are meaningless, in the social sector, without a purpose behind these actions.

GlobalGiving facilitates a Project of the Month Club, funded by recurring donors that choose to be a part of this program. Each month, a project that displays high-quality activity and an appropriate need for this resource is selected. In February 2019, this benefit was given to the Rahul Kotak Foundation and as a direct result of this program, they were able to build a library in Kenya – one that would literally not be there without the work that GlobalGiving does in creating this program and the research behind maximizing their recurring donations.

It’s easy to lose sight of this amongst the seemingly unending list of responsibilities during a workday, but it’s important to keep in focus the values of the organization and the impact this work can create.

Bonus: Nick made a folk mixtape for us! This spotify playlist includes the artists that he mentioned in his presentation, as well as music that echoes those 4 components of collaboration, simplicity, reinvention and cause.

Click to learn more about GlobalGiving or to join the Data + the Greater Good Meetup group.

Our “Data + the Greater Good” Meetup series has featured speakers from an array of nonprofit organizations, including The Met, The Whitney, New York Public Radio, ProPublica, Public Art Fund and Cooper Hewitt, Smithsonian Design Museum. Read about their presentations on our blog.