In 2016, Development Guild partnered with University of Rhode Island Foundation on their executive search for a President. We placed Lil Breul O’Rourke in the role. We recently caught up with Lil to discover how her position and the institution have evolved over the past five years.

What initially attracted you to the President position at the University of Rhode Island Foundation? 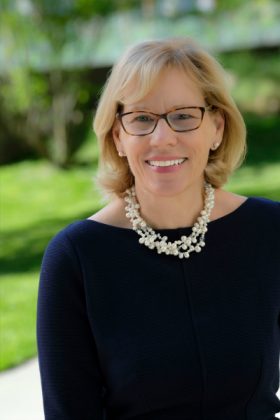 After a long career at my alma mater holding a number of advancement positions I had not yet had the opportunity to “run my own shop”. The chance and challenge to bring best practices to an advancement operation which was not fulfilling its potential was intriguing. We always need to push ourselves and not get stale or complacent. Leaving a place where I was very comfortable – and embarking on the next chapter of my career at a completely different type of institution was energizing and yes, a little scary. I also was motivated by the mission of public higher education.

What do you enjoy most about the Foundation now?

Once I learned about the unique role of institutionally related foundations and how we relate to University leadership and our own Board of Directors I was able to tackle some long standing challenges. Working at the Foundation is a true joy – the strengthening bond and relationship with University leadership has led to great success in fundraising and increased alumni engagement. We are true partners with shared goals.

When I arrived in April 2016, I felt a bit like a stranger in a strange land. There are enormous differences between public and private higher education, starting with governance, resources, mission and alumni relations. So, I needed to quickly learn about the University, the State of Rhode Island (which I love), my team of 75, and the history of the relationship between the Foundation and University. Once I became acclimated, I could bring best practice and lead an increasingly strong and well-functioning team. As we prepared for a campaign we had to “build the plane and fly the plane” – after an intense few years of doing both we were able to publicly launch earlier than expected with a strong team and generally smooth operations.

What have been your and the Foundation’s greatest achievements over the past five years?

We are a talented and committed team of professionals who enjoy each other and work well together. Big Ideas. Bold Plans. The Campaign for URI was launched with a stretch goal of $250 million. The campaign is going very well and we anticipate going well past the stated goal. This type of sustained fundraising success is entirely new territory for URI and the Foundation.

What do you hope to achieve at the Foundation in the future? What is on the horizon?

We just welcomed a new president which always brings great opportunity to engage alumni and friends. URI is on a great trajectory and I anticipate successfully completing the campaign in FY24 and assuring that our fundraising momentum remains strong.

Hear From More of Our Placements

We spoke with Susan Murray, National Director of Development at Year Up, about how her role and the organization has changed since she joined in 2011 – and what’s on the horizon.

We sat down with Lauren Shoor, whom we placed at the National Audubon Society as their Managing Director of Development Communications, to discuss how her role and the organization have evolved.

For the latest edition of our Featured Placements series, we spoke with Reva Feinstein, who we placed at the Columbia University School of Nursing over 10 years ago.