The Unitarian Universalist Service Committee (UUSC) advances human rights and social justice around the world, partnering with those who confront unjust power structures and mobilizing to challenge oppressive policies. Their work is grounded in the belief that all people have inherent power and dignity.

In 2015, Development Guild partnered with the Unitarian Universalist Service Committee on their executive search for a Chief Financial Officer. We placed Mack Davidson, who has since been promoted to Chief Administration Officer. We recently caught up with Mack to discover how his position and the organization have evolved and grown over the years.

What initially attracted you to the Chief Financial Officer position at the Unitarian Universalist Service Committee? 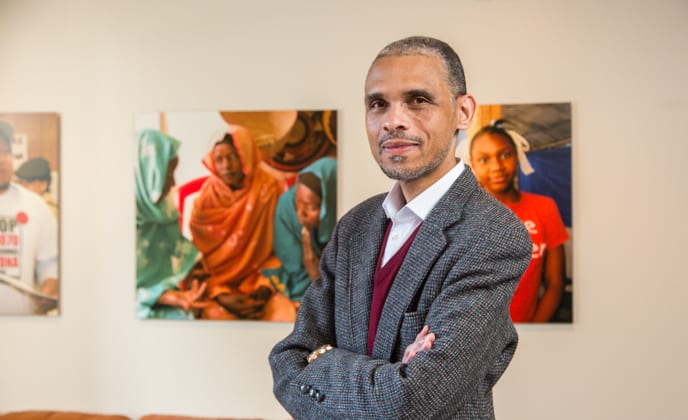 I was hired just as UUSC had redefined the position of Chief Financial Officer (CFO). The job had been recast with more of a focus on strategic, long-range planning. Consistent with that, its reporting line had been changed so that it would report directly to the CEO (prior to my arrival, the position had reported to the COO and focused more on operational matters). As the first incumbent of the “new” role, I would have a fair amount of latitude to sculpt it and set expectations for what it could accomplish. I found that very appealing. I also liked the fact the refashioned role would position me to interface regularly with the CEO and UUSC’s board. That meant I would have a solid perch from which I could directly engage with  UUSC’s top leadership on planning issues.

The initial factors which attracted me to the job still hold sway. A bonus at this point, though, is the opportunity to implement recommendations I have successfully persuaded UUSC to adopt over the past four years (e.g., an endowment growth plan). My hope is that my work ultimately leaves UUSC financially stronger than when I arrived and with a more robust financial planning framework.

5 years later, how have your position and responsibilities changed since you began?

Great question! In a nutshell, when I arrived at UUSC back in November 2015, I knew I was coming into a “change” situation given the revamped CFO role. What I did not foresee, however, was that about a year later in October 2016, the successor to the CEO who hired me would want to redefine my role again as part of a larger organizational restructuring.

Initially, I had oversight of the Finance and Operations units when I arrived at UUSC (operations handles facilities management for our building). My oversight role greatly expanded, though, under the restructuring. The Human Resources and Information Technology units were moved under my bailiwick. As well, I was appointed management’s liaison to the staff union – to which most staff members not in management belong — as well as assigned responsibility for coordinating UUSC’s risk management initiative. Furthermore, I ended up directly managing the IT unit. In recognition of my expanded responsibilities, my official title was eventually changed from Chief Financial Officer to Chief Administration Officer. All of UUSC’s administrative service areas now report to me.

What have been your and your department’s greatest achievements? 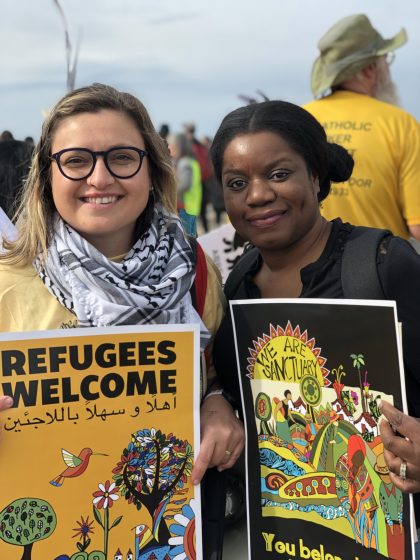 Shortly after my arrival, I embarked upon a mission to convince our then-CEO and board to adopt an endowment growth policy. I felt a larger endowment could eventually serve as a revenue pillar for our operating budget, as well as a buffer in the face of an economic downturn. Our CEO embraced the idea and partnered with me to persuade the board. My persistence ultimately paid off when the board approved an endowment policy in September 2016. Under the terms of that policy, our goal is to grow the endowment so that its value is always roughly three times our annual operating expense budget.

The second accomplishment which comes to mind is a series of reforms to our annual budget process. Briefly, I proposed three changes:

The third achievement is the five-year contract that management and the staff union negotiated in spring 2018. The union’s chief steward and I spent several months beforehand working on the framework for negotiations. We persuaded all parties to accept a modified version of interest-based bargaining as the approach for talks. I am very happy to say the approach worked well; negotiations went quite smoothly.

What do you hope to achieve at Unitarian Universalist Service Committee in the future? What is on the horizon?

There are two key projects currently on my plate: