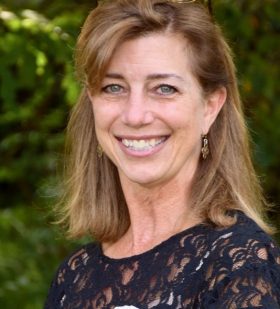 St. Mark’s School is pleased to welcome Bea Sanders as their Chief Advancement Officer. Bea comes to St. Mark’s from The Park School where she oversaw a comprehensive advancement program that set new records for support for the school.  Before Park, Bea served as Senior Development Officer, Major Gift Officer, and Director of Donor Relations at Noble and Greenough School during its $101MM One Nobles campaign, and Director of Development for Operations, Alumni and Annual Programs at Milton Academy.

Bea has an impressive 30-year track record in all aspects of independent school advancement work.  She has led successful capital campaigns, institutional events, reunions, and annual fund programs all through which she has developed positive lasting relationships with parents, graduates, faculty and staff in each of her school communities. Possessing a deep commitment to diversity, equity and inclusion, Bea founded and led the Development Anti-Racism Task Force at Park, bringing together the advancement team, trustees, parents, and alumni to examine every element of Park’s development program through an anti-racist lens.

In her new role at St. Mark’s, Bea will serve on the school’s Senior Administrative team and will lead a very accomplished advancement program and team that has exceeded the Lives of Consequence Campaign’s $110MM goal.

St. Mark’s is an independent, co-educational boarding and day school for students from 9th through 12th grade in Southborough, Massachusetts, only 25 miles from the cultural and social center of Boston. St. Mark’s is a school with an inclusive educational pedagogy and has been providing transformative experiences for their students since its founding in 1865.

The school’s diverse and talented student body is composed of 375 boarding and day students from 24 states across the United States and 10 countries around the world. Students benefit from intellectually and academically rigorous curriculum, a small class size, and a 6:1 student-faculty ratio. The school’s curriculum is based on the philosophy to advance three core values: intellect, character, and leadership, while also learning the skills to become curious, well-rounded, and responsible citizens of the world.