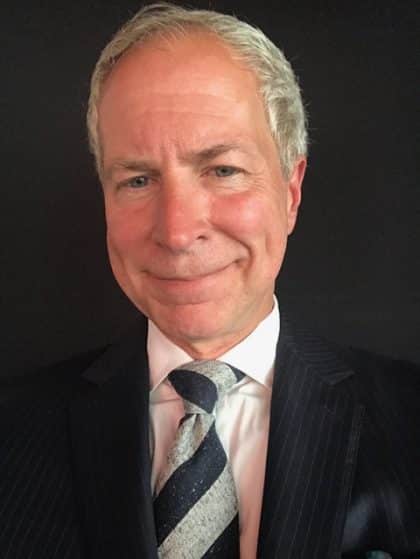 Fountain House, one of the largest community-based mental health and public health non-profit service organizations in the world, has appointed Kevin Taylor as Vice President and Chief Development Officer.

Taylor has spent more than 30 years in the nonprofit fundraising and development world. He comes to Fountain House after serving for four years at the American Red Cross, where he was the Chief Development Officer for the Greater New York Region – the largest administrative region and the fundraising base of the national organization.

“We’re incredibly excited for Kevin to join the Fountain House family. Kevin has a track record of leading best-in-class fundraising operations at national and multi-national health, social impact, and relief organizations. He will bring that experience to take us to the next level as we build on our local, national, and international programs to advocate for and advance needed policy change for the one in four people living with mental illness,” said Ashwin Vasan, M.D., Ph.D., President and CEO of Fountain House. “His demonstrated ambition and creativity matches our own, and he also has experience leading development operations through major public crises like the one we’re facing now with COVID-19. We look forward to expanding the successful footprint of Fountain House into a force for broader change in how we think about and support those with mental health needs, especially as we approach our 75th Anniversary in 2023.”

Prior to his work at the American Red Cross, Taylor worked at the Robin Hood Foundation, United Way, Children’s Health Fund, and Right to Play. Throughout his career, Taylor has worked alongside leading philanthropists, corporations, investors, foundations, celebrities and artists, and the teams he has led are responsible for raising a half-billion dollars. He led the United Way of New York City Hurricane Sandy Relief Fund and has helped bring to the stage a wide range of artists in support of charity, including Jay-Z, Nas and Alicia Keys at Carnegie Hall, and the Made In America Festival, the Rolling Stones, Pearl Jam, Dave Matthews, Aaron Neville and many more.

“I was deeply moved by the founding story of Fountain House and the incredible commitment of the members, staff and donors that have built the program to where it is today,” said Taylor. “Now, more than ever, the world is beginning to understand the stress and acuity of our mental health and experiencing first-hand the challenges that Fountain House members experience every day. We have an opportunity ahead of us to bring together our many affiliate programs and build from our historical strengths to a robust future.”

Since 1948, Fountain House has supported people living with mental illness to overcome social isolation and build the community and the resilience needed to thrive in society. Fountain House has become the most widely replicated community-based model for people living with mental illness. Today, more than 300 affiliated programs serve over 100,000 people in the US and in more than 30 countries.