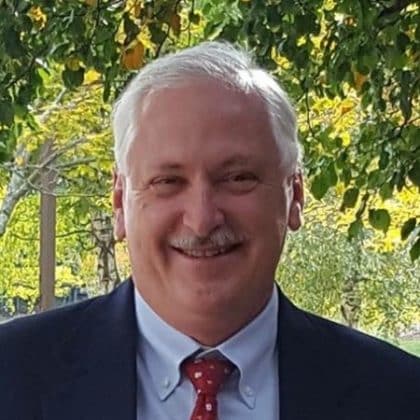 The League School of Greater Boston is pleased to announce the promotion of Lawrence Sauer to Executive Director. He succeeds long-time Executive Director Dr. Frank Gagliardi, who is retiring. Mr. Sauer will lead the school’s continued innovation in helping autistic students develop to their fullest potential — socially, emotionally, academically, and behaviorally.

Mr. Sauer has more than 30 years of experience in the special education field, including serving as Chief Operating Officer for the League School for the past two years. He has served in a number of leadership capacities at a variety of special education providers including the Kennedy-Donovan Center in Foxboro, Cardinal Cushing Centers in Hanover, and North River Collaborative in Rockland, a non-profit educational service agency. For the past 17 years, Mr. Sauer has served on the Massachusetts Association of Approved Chapter 766 Private Schools (maaps) Board of Directors, eight of which were on the Executive Committee, including two years as President. He has a Master’s Degree in Human Services from the University of Massachusetts, Boston, and a Master’s in Clinical Psychology from the University of Dayton.

The League School’s Search Committee formed last summer in collaboration with Development Guild. The committee screened dozens of candidates over the past six months before making their selection. “Mr. Sauer’s wide-ranging experience in special education, knowledge of the school’s culture, and vision for the school’s future uniquely qualified him as our unanimous choice,” said Board Chairman Roger Lockwood. “An unintended consequence of the upheaval caused by the pandemic is that the school gets a familiar leader known for his calm demeanor and collegial style to take over running the school in these uncertain times.” Board President, David Foster, added, “With Mr. Sauer’s leadership, vision and attention-to-detail, the League School will continue to be the premier school for students with Autism.”

“The League School has an outstanding reputation in the field of autism, and I look forward to continuing to grow the organization and its reputation,” said Lawrence Sauer. “My goals include enhancing programs, staying on the cutting-edge of autism education and service developments, and solidifying a staff team dedicated to providing the highest quality programs.”

“Mr. Sauer is a role model of professionalism, dedication, integrity and caring,” said retiring Executive Director, Dr. Frank Gagliardi. “The needs of the students and staff are his primary interest and, having worked with him for two years, I know that he will do an outstanding job.”

“Over the last few months, while the League School has coped with the stressful effects of an unprecedented worldwide pandemic, Mr. Sauer has helped to navigate the school during one of the greatest challenges that educators have ever faced and he has done it with aplomb,” said school Principal and Search Committee member, Patrick Fuller. “His short- and long-term goals for the school are extensive and thoughtful, and I am without doubt that the League School will thrive under his leadership.”