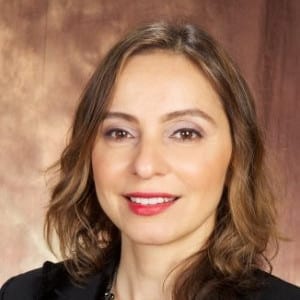 As Director of Development, Lina is excited to bring her passion for linking the US and the Middle East to AUC and its donors. Lina’s efforts will focus on the Eastern Coast of the US, helping to complete the Centennial Campaign and grow support for AUC. She will report to Vice President, Bruce Flessner.

About The American University in Cairo (AUC)

Founded in 1919, The American University in Cairo (AUC) is a leading English-language, American-accredited institution of higher education and a center of intellectual, social and cultural life of the Arab world. Its community of 5,500 undergraduate and 970 graduate students, 38,000+ alumni, parents, faculty and staff, trustees, and other generous sponsors represent more than 60 countries. AUC stands as a crossroads for the world’s cultures and a vibrant forum for reasoned argument, spirited debate and understanding across the diversity of languages, facilities and human experiences.