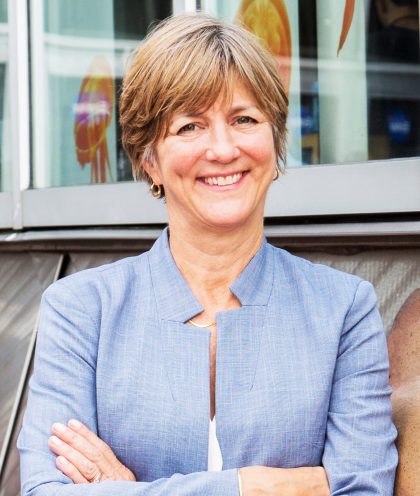 Development Guild DDI is pleased to announce Robin Elkins has joined Emerson College as Associate Dean for Development, School of Communications. Robin is tasked with building a robust donor pipeline while working collaboratively throughout the school to build relationships and engage a passionate alumni base.  Working closely with the Dean, Raul Reiss, Robin will strengthen and steward current relationships with faculty and alumni, network to bring in new prospects while creating engagement opportunities for donors and prospects with the goal of soliciting major and principal gifts. Reporting to John Malcolm, Vice President of Institutional Advancement, Robin will work collaboratively across the college to develop strategies to engage alumni and donors.

Before joining Emerson, Robin was Vice President, Development at the New England Aquarium where she set the development strategy to support organizational goals for the aquarium. Prior to the aquarium, Robin spent almost 7 years at MIT Sloan where she led the strategy and design of Sloan’s international philanthropy program while personally managing a portfolio of prospects in Europe and Latin America.  Robin is thrilled to bring her 20 years of professional experience to Emerson and will serve as an exceptional addition to the Advancement team.

Top ranked and internationally recognized for its specialty studies, Emerson College is the only higher learning institute in the United States that focuses exclusively on the study of communication and the arts. Emerson College is ranked #8 in U.S. News & World Report’s 2017 Best Regional Universities in the North; #10 on the list of Best Film Schools in the country by The Hollywood Reporter; top journalism program in the country by College Factual; and in the top ten for Best College Radio Station, Best College Theater, and LBGTQ-Friendly lists for 2017 by the Princeton Review. Emerson also has positively impacted the Boston community with development of its “Campus on the Common,” reviving that area of the city and bringing to it a new vitality.