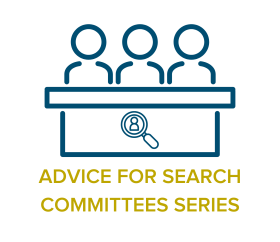 Educating non-fundraisers who want to join a fundraising search committee

Let’s say you are the chair of a search committee tasked with hiring a new Director of Development. You are planning to include a number of non-fundraising professionals, recognizing that they can provide a fresh, outside perspective. While the non-fundraiser may not be able to thoroughly assess the candidates’ professional skills and knowledge, they can assess how they might add to your culture and whether their values and interests align with your organization’s mission.

There are ways you may need to prepare the non-fundraiser so they do not get sidetracked or head down dead ends because they are not aware of the norms of the fundraising profession, which are rarely stated and rarely deviated from. As a result, the non-fundraisers are in the dark and left to draw upon their own expertise, experiences, and perspective to assess the candidates (as most of us would, too!). This can result in well-intentioned but wasted questions that take up precious interview time — all avoidable! So, to make sure the interview stays on track and everyone’s time is used well, it’s important to educate non-fundraisers ahead of time on the distinctive aspects of working in fundraising.

Here are some of the questions I’ve heard, in one form or another, from non-fundraising professionals over the years, as well as the “fundraiser professional norms” I’ve offered in response.

The Salesperson says, “I get paid and motivated by commission. Why isn’t that the case for fundraisers?”

While some receive bonuses on an annual basis or for a teamwide achievement, it is not standard practice for fundraisers to be awarded financially for securing a donation. And many fundraisers consider any type of “gift tax” to be unethical.

Professional Norm #2: Certification is not required for employment.

Obtaining certification, such as a CFRE, can equip candidates with knowledge of industry trends and a wide range of fundraising practices. That said, we have placed hundreds of fundraisers and certification was never a reason for hiring or not hiring a candidate.

The Politician says, “When I ran for office, I bought a donor list from a firm. Can our new hire bring names with them too?”

Professional Norm #3: Donors belong to the nonprofit, not the fundraiser.

Most donors give to a mission – not a person. Moreover, think about it this way: Would you want to hire a fundraiser who wants to take your prosects with them when they leave?

The Engineer says, “It seems like most of the candidate’s time is not spent asking people in person for their money. Is that really efficient?”

Most non-fundraisers think of fundraisers as the people who ask them in person for a donation. However, most career fundraisers spend the majority of their time researching, writing, planning, and organizing logistics, etc. and not directly soliciting donations.

The Lawyer says, “What type of contract should the new hire expect?”

Professional Norm #5: Contracts are rare in the nonprofit world.

Contracts are sometimes offered when the new hire will also serve as a member of the organization’s senior management team if the other members already have individual contacts. Otherwise, candidates are typically hired at-will.

Sales implies a transactional relationship. However, fundraisers raise the most money when they engage donors multiple times over several years and build long term relationships with a donor on behalf of an organization.

The Volunteer says, “Why doesn’t the candidate volunteer like me?”

The exponential increase in 21st century philanthropy, I believe, is directly related to the increase in fundraising staff. At the same time, the best combination for fundraising success is dedicated and motivated volunteers supported by well trained and compensated staff professionals.

The Psychologist Says: “What type of fundraiser personality test are you using to assess candidates?”

Professional Norm #8: There are no fundraiser personality tests.

Successful fundraisers do not all fit the same personality type, so there is no one test used to assess them. However, nonprofit HR professionals sometimes choose to use the leadership and emotional intelligence tests that they also use for non-fundraising positions.

The Bank CEO says, “I was offended by the candidate asking about board giving. Isn’t that too personal?”

Fundraisers need to know personal information about board members and volunteers in order to understand their interest and capacity to give. Board giving and overall participation can be a key indicator of an organization’s fundraising culture.

Ultimately, most non-fundraisers are well-intentioned with their questions and want to help ensure that the right candidate is hired for the role. Take advantage of that good will to educate them about your fundraising program and key criteria you are seeking for in your hire. Doing so will help them stay focused during the interviews and will result in a better assessment of the candidates – a win all around.

How to Form and Manage an Effective Search Committee

4 Questions to Ask Yourself Before Recruiting a New Fundraising Leader

Why Backdoor Reference Checks Do More Harm Than Good

3 reasons to avoid backdoor reference checks – plus tips for making the most out of traditional references.

How to Improve the Candidate Experience – And Strengthen Your Employer Brand

Our Co-Founder Bill Weber provides 5 steps to strengthen the recruitment process – for the benefit of the candidate and the hiring manager.