“Can you bring prospects and donors with you?”

“They just don’t understand philanthropy!” a job applicant complained recently after a well-intentioned board member asked during a job interview, “Can you bring prospects and donors with you?”

A senior official from a fundraising professional organization recently told me, “you can’t bring prospects and donors with you”; it’s the unwritten Third Rail issue, too controversial for discussion, yet often asked.

Here’s the rub. Implicit in the misperception that fundraisers can bring donors with them is the belief that most fundraisers have deep, insightful relationships with all of their donors. That’s simply not always the case, since many fundraisers do not meet regularly with major donors. Instead, most of them focus on events, communications research, operations, and administration. As a result, they often don’t know how to ask for a gift. No wonder a finance board member gasped “Most of our fundraisers aren’t fundraisers!” when reviewing the budget of a successful campaign.

I believe much of this misunderstanding begins in good faith as interviewers may be drawing upon their own experiences when posing the “bring your prospects” question. After all it is standard for political fundraisers to be hired because they deliver lists of qualified prospects for their candidates. Donors know that in sales, bonuses are often paid to investment advisors when they bring their “book.”  And even the most generous donors often can’t tell the difference between the jobs of a political fundraiser and a philanthropic fundraiser, much to the charitable fundraisers’ chagrin.

If transferring prospects is prevalent in politics and sales, why not in fundraising?

Most staff in fundraising or advancement offices are (1) not “frontline” and don’t know prospects well enough, or are not trained to ask for a major gift, (2) donors may not be interested in the work of their new organization, (3) the philanthropic case is fundamentally tied to mission therefore not transferable as it might be for a for-profit product or service, and (4) it’s invariably more productive for the fundraiser to pivot and begin developing new prospect pipelines with people already connected to the new mission.

I have found that non-fundraisers who ask the “bring your own prospects” question can embrace a more productive set of questions turning attention to how candidates can create and sustain new constituencies.  In this context, the following questions are helpful.

And if these more productive questions don’t convince you not to ask the “donor transfer” question, you may consider the question; What will happen when the fundraiser who brought donors with them leaves your institution?

In turn, when fundraisers are interviewed by non-fundraisers, they should expect the interviewer to have a different frame of reference than others in the profession.

For those who have never worked as fundraisers, “fundraising” can be a black box, filled with many myths including “fundraisers should bring their own donors.” Other myths I have repeatedly heard include:

Myth-busting is treacherous when candidates want to align with the interviewer.  What should a candidate do when the “bring your own prospect” request surfaces?

First, don’t argue and don’t dismiss the interviewer for being unethical or uninformed!

In the end, employers and candidates need each other and want to ensure a good match during an interview. Invariably, questions such as “How can we partner together to develop and sustain new constituencies in the future?” will be much more mutually productive than “Can you bring your own prospects?” 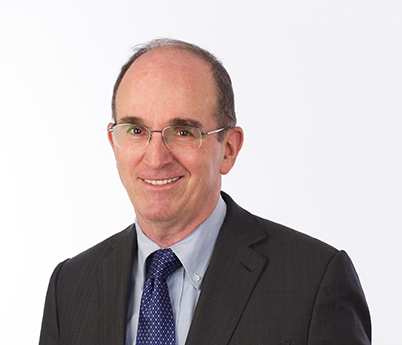