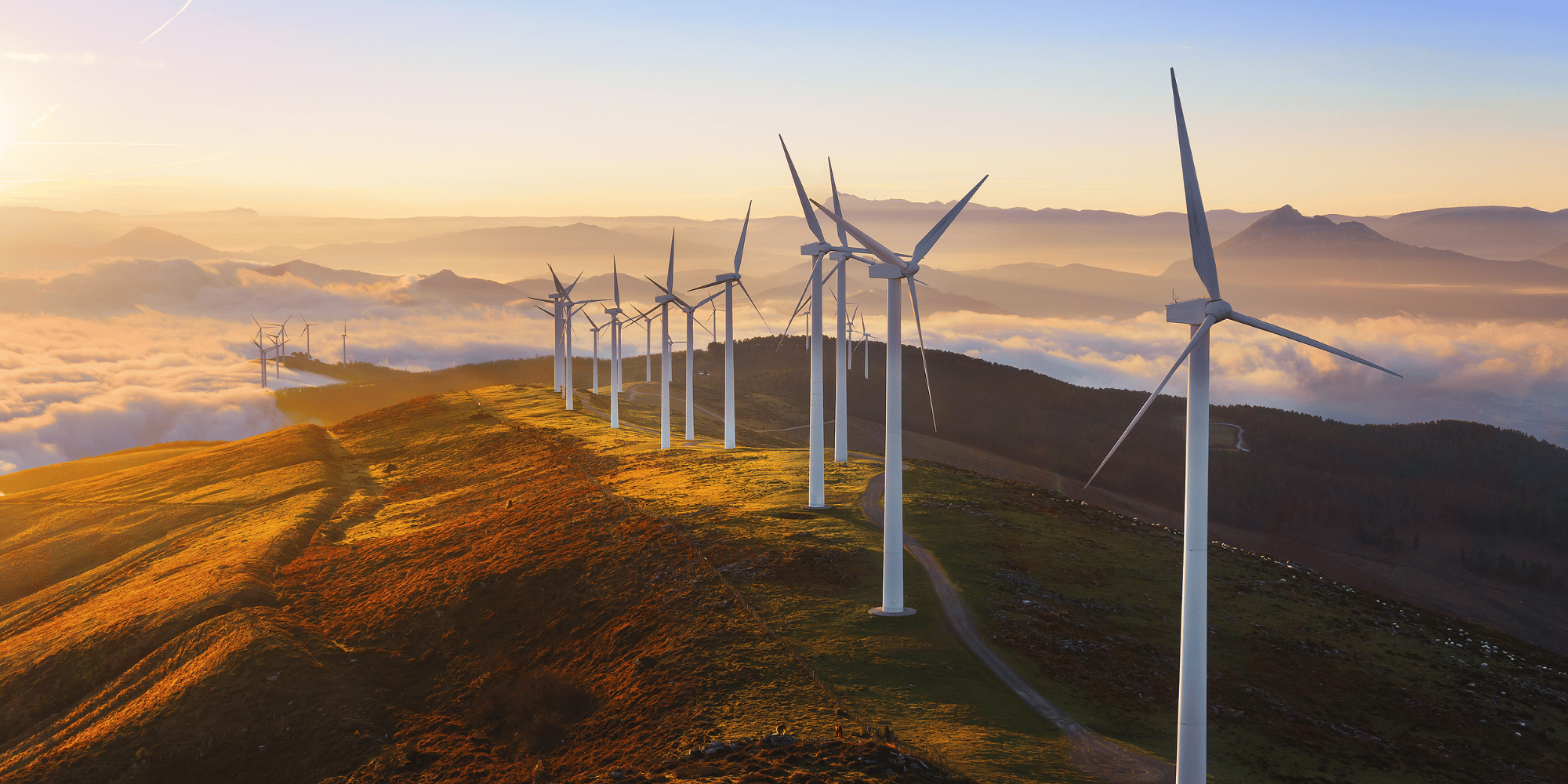 In this month’s At the Helm, our Vice President Jesse Bryan spoke with Climate Central CEO Dr. Ben Strauss. Founded by top scientists at Princeton, Yale, and Stanford and a generous philanthropist in 2008, Climate Central provides a bridge between the public and climate scientists and contributes in a pivotal way to the national and international efforts to communicate the facts of climate change. Jesse and Dr. Strauss discussed what it means to make climate communications effective and ubiquitous, why reversing climate change is more urgent than ever, and why Dr. Strauss is optimistic about the future.

Jesse: You became CEO and Chief Scientist of Climate Central in 2018, after starting with the organization in 2008. Can you share how your career path led you to this role? 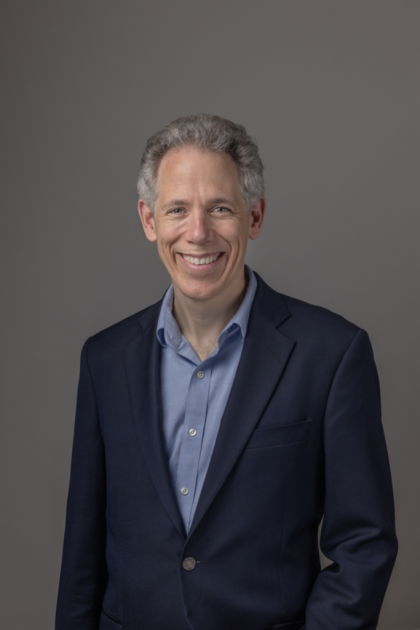 Dr. Strauss: Well partly it was luck. One of my graduate school advisors was a founding board member at Climate Central, and he approached me about joining the organization. I think he saw a natural fit not only because of my scientific background, but also because I had already been a founding board member of two different environmental nonprofits. I had experience building an organization from the ground up.

Once on board, I held a wide range of roles before becoming CEO: scientist, strategist, the primary fundraiser for our sea level rise program, and the guy who found our building and negotiated the lease! I have had the opportunity to try my hand at a lot of different things, and as one of the first four employees, I’ve been here since day one. I suppose I lasted long enough that they had no choice but to name me CEO!

Climate Central’s mission is to “make accurate and effective climate communication ubiquitous.” How do you do this? And why is it so important?

We ensure our climate communications are accurate by grounding them in timely, peer-reviewed science. That’s in our DNA, and it’s why we have scientists on staff.

Now, making them effective – that’s one of our core challenges. Climate change, in a lot of ways, is a problem designed to foil human psychology. We have done a lot of research and had many conversations about how to communicate more effectively on climate. These are our guiding principles:

So, we’ve made our communications accurate and effective – what about ubiquitous? Well one way we go after this is by connecting climate change to weather. After all, what’s more ubiquitous than weather? We receive weather updates on our phones, on the TV, on billboards. It’s an effective pathway. 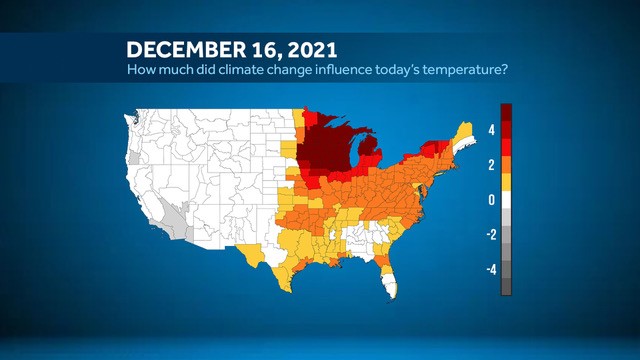 Connecting climate change and economics has proven effective, too. We recently did an analysis of how much tax revenue municipalities are threatened with losing due to sea levels rising. Every state has a legal definition of what divides private land and the public beach, which is based off tides. As sea levels rise, so do tides. We can anticipate that the National Oceanic and Atmospheric Administration will revise its official tide ranges in the coming years. When that happens, people with coastal properties will see their acreage shrink. It will affect property valuation as well as taxes – which are things that individuals and municipalities care about! So that’s another way we make climate communications effective and ubiquitous – by personalizing them. That’s really what we’re trying to do: show people how climate change matters to them.

What have been Climate Central’s biggest successes?

I would say there are three areas. 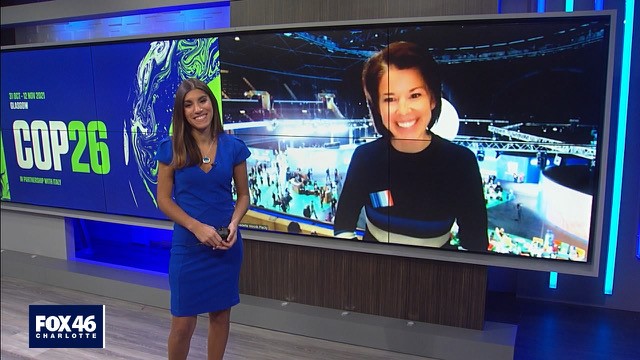 Second, we have made a lot of progress in the field of extreme weather attribution. 10 years ago, you would hear leading scientists, politicians, and journalists regularly say after a climate disaster, “While climate change is certainly playing a role, you cannot attribute an individual event to climate change.” It was a reasonable message at the time, but not a very strong one. And in fact, you can attribute an individual event to climate change – you can even say how much more likely and/or destructive climate change made the event. As the science evolved, we set these priorities:

The narrative changed. I think it would have changed naturally over time anyway, but I’m proud that we helped accelerate the shift.

Third, we have had a great deal of success over the years in generating what I might call “media supernova events.” Here are a couple of examples:

These are just two examples of instances where the shots we’ve fired—in terms of the research and visuals we’ve published—have been heard around the world. When there are articles being written in local papers in Papua New Guinea that cite your organization’s research, you know you are having a certain level of impact. These moments have made me very proud. 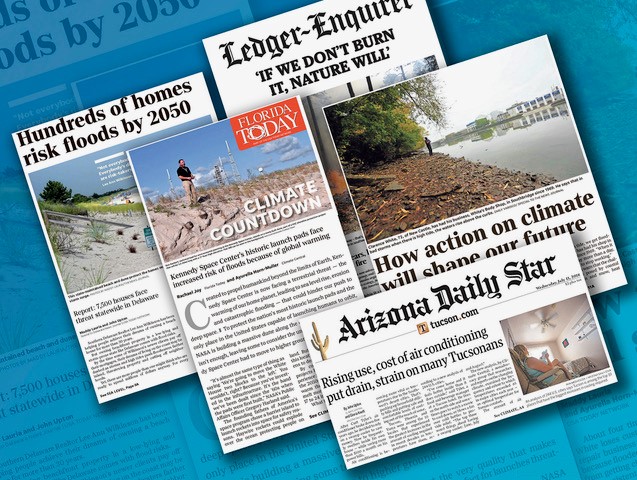 It seems there is greater awareness today of the unequal burdens of climate change than there ever was before. How do issues of equity relate to climate change and Climate Central’s work?

The impact of climate change on communities of color and lower-income communities has been a concern of ours for a long time. There are really two issues:

So with these issues in mind, we are focused on ensuring our programs help and inform the communities that need this knowledge the most. We have partnered with a number of frontline groups, including the NAACP, to help communicate the risk of climate change, and we are also ensuring our materials are printed in multiple languages. We want to equip communities of color and lower-income communities with the information they need to act.

You are currently hiring for a Director of Development. Can you speak to the importance of philanthropy for Climate Central and what your vision is for it going forward?

We are almost 100% funded by philanthropy. So, we are extremely grateful for our donors, or as I like to think of them, our partners.

At the same time, there is room for growth, especially as climate philanthropy is increasing. I think that we have been very successful at communicating about climate change, but we haven’t put as much energy into communicating about our brand and impact. There’s a big opportunity for our development team to help us change that and reach new audiences. It’s also an exciting time to come on board; we are on the cusp of expanding the focus of our work internationally. We have just launched the first worldwide service to quantify the effect of climate change on daily local weather. There are a lot of funders both domestically and beyond our shores who are interested in supporting this international work.

There’s a lot of impact that is being left on the table – that would change with more resources. There’s so much to be done, and I’m hopeful we will do it.

Speaking of looking forward, what energizes you?

I never imagined that we would have achieved what we already have. It amazes me. But what amazes me even more is that every time we have achieved something great, we quickly see how we could have even more impact. We reach what seemed like the pinnacle and then spot a peak that’s higher. To me, that’s not frustrating – it’s energizing. There is no deficit of ideas or possibilities.

Specifically, expanding the footprint of our work from national to global and from just extreme events to everyday weather – it’s an enormous opportunity, and we are just at the threshold. We are also at the very beginning of scaling what has been our most successful work in our sea level rise program. The products that we have developed that have received the most attention nationally and globally are certain online tools and visualizations that we have had to develop mostly by hand. Soon, we will be able to create them in a much more automated way and therefore in vastly greater numbers. This could be transformative – for communicating about climate change and even for saving lives.

I’m sure our readers are wondering – is there anything we can be doing on an individual level?

The single most important thing you can do is to talk about climate change. Learning about climate impacts can be emotionally difficult, but coming together as a community to talk about it and take action can spark hope. Plus, this isn’t a problem that can be solved on the shoulders of individuals! It has to be solved through the groups and institutions we are a part of. Talking with others leads to questions: What can we do as a family? What can we do in my school? What can we do at my place of work? What can we do in the community where I live and vote? Changing a lightbulb is great, but influencing the groups and institutions around you – that is much more powerful.

Is there anything else you’d like to share with our readers who may be hearing about Climate Central for the first time?

Climate change can feel daunting. But as daunting as it may seem, I think it is our easiest ‘hard problem’ to solve. Think of poverty, war, disease, injustice – we don’t really know how to abolish them. That’s not the case with climate change. We know exactly what we have to do to stabilize the climate. It’s not a secret, and we have the technology to do it. What makes it difficult is that we have a very limited amount of time to do it in. And every second counts. Here’s a thought experiment: Imagine you were living in the year 3000 and disease no longer existed. Would it matter if disease had been cured in 2100 or 2200 or 2300, etc.? No, it wouldn’t – from that vantage in the future, all that matters is that disease no longer exists. That’s not the case with climate change. If you were alive in the year 3000, and climate pollution had been halted, it would matter deeply whether we stopped polluting the atmosphere with carbon in 2030 vs 2050 vs 2100. It would make all the difference in the world for thousands of years into the future, because of how long climate pollution lingers in the atmosphere once we put it there, and how its effects perpetuate even longer.

So, if you’re reading this, and you want to join a cause where your energy is needed right now, in an urgent way and in a meaningful way, and you want to have an impact that will echo well beyond your lifetime, I can’t think of a better area to focus your attention than climate change.

Mindy Lubber, CEO and President at Ceres, discusses how the capital markets’ commitment to sustainability has changed in recent years – and what has to come next.

David discusses the opportunities and challenges of joining a new organization this year, Mass Audubon’s new and expanded priorities, and his advice for new leaders.

Pamela Tatge, Jacob’s Pillow’s Executive Director, on Equity and Fortitude in the Arts

Pamela Tatge, Executive Director at Jacob’s Pillow, discusses how the arts organization is finding its fortitude as we emerge from COVID.