In 2011, Development Guild partnered with Big Brothers Big Sisters of Eastern Massachusetts on their executive search for a Chief Development Officer. We placed Mark O’Donnell, who has been with the organization ever since. We recently caught up with Mark to discover how his position and the organization have evolved and grown over the years.

What initially attracted you to the Chief Development Officer position at Big Brothers Big Sisters of Eastern Massachusetts? 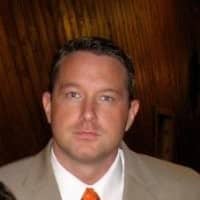 When I first got the call about the position, my initial reaction was ‘no way!’ I was in my fifteenth year in the higher education sector, and the Chief Development Officer role at Big Brothers Big Sisters (BBBS) was entirely different. But the more I thought about it, the more interested I became. It was an opportunity to explore a new sector, expand my talents and knowledge, and help a different population in a meaningful way. Most importantly, it was a chance to serve a mission that I believed in.

Growing up in a city as diverse and populous as New York, I witnessed firsthand how different family structures and dynamics could create very different pathways for the children. I saw how cohesive, strong family units often led to the children attending college and how broken or single parent homes could lead to a less desirable outcome. The work Big Brothers Big Sisters was doing focused not only on addressing immediate needs but also on providing long-term solutions – joining the organization felt like an important opportunity to help.

8 years later, what do you enjoy most about the organization and role?

This is actually the most entrepreneurial and strategic job I’ve ever had! Unlike with higher education, there’s no built-in base of alumni who are committed to giving and often continue to every year. With BBBS, people give because they want to help – but they don’t necessarily give consistently. We have to keep replenishing our donor base. At the same time, it can be a great asset to not be bound by alumni status. I have the opportunity to approach and network with a wide array of interesting and successful people. This expansion of network has allowed me to connect with really good people who care a lot about our work.

The donations we receive at BBBS also have an increased significance because we need them to cover our annual expenses – the accomplishment and meaning of a $5M gift at a university is matched by a $50,000 gift here. The challenge of securing these gifts year after year and constantly growing our donor base has kept me on my toes; it makes the work difficult and exciting.

When I joined Big Brothers Big Sisters in 2011, it was following the recession. The organization was seeking someone who could come in and hopefully secure some much-needed funding to stabilize their financial situation. I essentially needed to be a ‘change agent,’ which I found to be an exciting opportunity.

As the initial years passed and we reached stability, our mindset—and my role’s focus—switched to one of growth. In the last 5 years, the growth we’ve experienced has been unprecedented. We’ve gone from serving 1,400 children to 4,000, and our annual budget is the largest it’s ever been in our 75-year history. Of course, we’re deeply proud of this growth, but it also has presented new challenges. Donors often want to help those who are facing immediate need, which tends to be smaller organizations. I’ve had to find ways to communicate to donors why their support is still significant and why we deserve an investment in our future. My role has become much more strategic and outcomes-based; it’s a different role than it was 8 years ago.

What have been your and your department’s greatest achievements?

There are three in particular that I believe have greatly impacted our effectiveness and success.

First, we noticed that there was an overabundance of fundraising events in Boston – and we were contributing to that. Our development program was 80% events-driven. We had to rethink our approach to events and their significance; we wanted them to be engaging and provide our constituents with an opportunity to give, but we didn’t want our events to be the lifeblood of the organization. We’re now closer to 30% events-driven.

Second, we had to really analyze our growth strategy. Unlike a big university, we can’t hire a large number of additional fundraisers with the expectation of making that money back in a campaign. Instead, we streamlined our events staff and operating costs while selectively hiring additional frontline fundraisers. As a result, we were able to lower our cost to raise a dollar from 30 cents to 17. It’s been a great accomplishment to achieve the growth we have without overspending.

Lastly, when I joined BBBS, we didn’t have a major gifts program or pipeline. We had to create one from scratch. By building our internal capacity and our donor base’s trust, we have since raised two $10 million growth funds.

What do you hope to achieve at Big Brothers Big Sisters in the future? What is on the horizon?

Well with any sustained period of growth, you have to anticipate potential disruptions. There’s instability in our politics and economy, and donor fatigue is real; after giving consistently for years, donors often want to focus their time and money on other causes in need. So, I’m always focused on how we can get ahead of these changes – to attract a new generation of donors, welcome new board members, and develop a strategic plan that will engage and excite donors in new ways.

However, I say all this with the firm belief that the need for BBBS is never going to slow down and that the services we provide are critical. We hope to be serving 5,000 kids in the next couple years, which will bring us to ~20% saturation of the market. But as significant as that achievement will be, there will always be more kids in surrounding cities that we want to reach and support – helping as many of them as possible is always our primary goal.