As one of the oldest parks advocacy groups in the nation, the Friends of the Public Garden are essential partners with the City of Boston in their mission to renew, care, and advocate for the Boston Common, Public Garden, and Commonwealth Avenue Mall. These parks have been an integral part of Boston’s identity for generations, in many ways the souls of the city, sites of countless events, public gatherings and private moments, and are called upon to serve the recreational and restorative needs of millions of people.

In the beginning of 2020, the Friends of the Public Garden engaged Development Guild at a pivotal time in its history. The organization was in the midst of the quiet phase of their 50th Anniversary campaign and brought us on to serve as an interim Director of Development. In this role, we acted as a partner to the organization’s president, Liz Vizza, while providing staff management and campaign counsel. At the same time, the Friends of the Public Garden was seeking counsel on how best to structure the DOD role and the advancement and communications teams. As part of our interim management services, we joined their organizational strategy task force, and conducted a deep assessment of the current staff structure, to come to the decision to elevate the Director of Development position to Vice President, and to restructure the communications team to report to the incoming VP.

Our close working relationship with the Friends leadership allowed for a successful and efficient executive search for the new VP. Throughout the recruitment process, we were able to effectively assess the ability of candidates to add to the Friend’s existing culture and strategy, as well as have informative, detailed conversations with them about the organization’s greatest opportunities and challenges, and donors and prospects. The Friends of the Public Garden welcomed Lynn Page Flaherty to the role of Vice President of Advancement and External Affairs.

We continued our engagement with the Friends, acting as a partner to both Liz and Lynn to ensure a rapid and smooth onboarding, and now, providing ongoing campaign counsel, including prospect, research, outreach strategy and campaign co-chair and committee management. The strength and success of our ongoing partnership with the Friends of the Public Garden rests on the close relationships we have formed with the organization’s President, Board members, and campaign committee, as well as our ability to quickly pivot to a fully virtual arrangement at the onset of COVID.

The Friends of the Public Garden has already achieved significant success with their 50th Anniversary campaign, raising close to two thirds of their goal, which is driving momentum and positioning them well to garner additional strong support with the upcoming public launch. 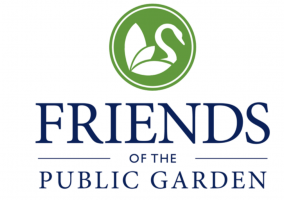 Partnering with Development Guild on our search for a Vice President of Advancement & External Affairs was a wonderful experience. Their team was smart, incredibly focused, and a joy to work with. They played a critical role in helping us structure the position, and they truly understood the kind of candidates that would succeed here. Their insights were invaluable. We felt prepared and supported from beginning to end.

Contact us to learn more about our campaign, interim management, and executive search services.