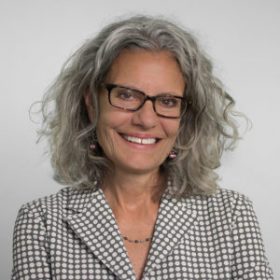 NEW YORK – Fountain House, one of the largest community-based mental health and public health non-profit service organizations in the world, is pleased to announce the appointment of Mary Crowley as Senior Vice President and Chief External Affairs Officer. Crowley will be part of the executive leadership team, overseeing communications, government and external relations, and policy. She begins her new position in March, bringing two decades of communications expertise and a proven track record in leading transformative change on social justice issues.

Crowley comes to Fountain House from the Vera Institute of Justice, a leading national justice reform nonprofit, where she served as Vice President of Communications and Public Affairs and a member of its leadership team.  During her tenure, narrative change and communications became key pillars of Vera’s justice reform efforts and achieved national recognition. The robust communications and public affairs infrastructure she built over seven years resulted in major media attention; a federal public policy campaign to repeal the ban on Pell grants for college students in prison; National Prison Visiting Week, which included a partnership with the Obama White House; crisis communications wins;  an award-winning website and rebrand, and a dramatic increase in advocacy and social media presence.

“We are incredibly excited to welcome Mary to help us transform the lives of people with mental illness. Mary’s appointment reflects our ambition to become the go-to solution for communities responding to the mental health crisis, especially at a time when far too many people are cast aside to experience prolonged cycles of homelessness, rehospitalization, incarceration, and crippling social isolation,” said Ashwin Vasan, M.D., Ph.D., President and CEO of Fountain House. “Mary’s comprehensive experience and proven track record will enable Fountain House to drive narrative, policy, and political change, to leverage and support the vast network of clubhouses locally, nationally, and internationally, and redirect the trajectories of countless people living with mental illness.”

Prior to Vera, Mary established and led a public affairs and communications department at The Hastings Center, a nonprofit, nonpartisan bioethics research and policy institute. There she launched several national initiatives, established a policy office based in Washington, DC, and co-produced an award-winning public television documentary for NOVA. She has also worked with the Robert Wood Johnson Foundation on its Cover the Uninsured campaign.

“The issue of mental illness is one I have known up close – like many people, members of my family live with it,  and it is a through-line in my work at Vera, as people with mental illness are disproportionately represented in the justice system,” said Crowley. “I believe it is the next frontier in social justice. When I began my work at Vera, criminal justice reform was not an issue receiving widespread attention; now it plays a significant role in our public discourse and is of bipartisan concern. Fountain House is poised to lead the same kind of shift in narrative and advocacy around mental illness, and help drive the policies needed to support recovery. I could not be more pleased to work with Ashwin, the Fountain House Board, and the inspiring members and staff to make this happen.”

“Respect for human dignity must be at the core of reforming both our broken justice and mental health care systems – systems which too often are inappropriately entwined. Mary has been at the forefront of driving that narrative in criminal justice reform, and I am very pleased that her talents will turn to the critical and aligned social justice issue of recovery from mental illness. In her seven years at Vera, she has built a powerful team that will continue the momentum for change that Vera is driving. I will miss her as my partner and colleague in the everyday, but know that she will remain a friend – and that Vera and Fountain House will have many opportunities to collaborate on a more just world.” said Nicholas Turner, President and Executive Director of the Vera Institute of Justice.

Mary holds a BA from Barnard College and has done graduate work in philosophy at The Graduate Center at the City University of New York. She is a board member of the New York City Criminal Justice Agency, which works with the courts to improve pretrial release and reduce unnecessary jail incarceration, and an executive committee member of the board of Brooklyn Kindergarten Society, a 125-year-old organization providing quality early childhood education to Brooklyn families. She was an appointee on the 2014 New York City Mayoral Task Force on Behavioral Health and the Criminal Justice System and is on the Council of Advisors for Stories for Justice, an initiative of ITVS, the independent film incubator of the Corporation for Public Broadcasting.

Since 1948, Fountain House has supported people living with mental illness to overcome social isolation and build the community and the resilience needed to thrive in society. Fountain House has become the most widely replicated community-based model for people living with mental illness. Today, more than 300 affiliated programs serve over 100,000 people in the US and in more than 30 countries.