A critical component of fostering inclusivity is the language we choose to use. Inclusive language means using the preferred language of an individual or group to show support and respect, and to avoid biases, discrimination, or false assumptions. In this article, we outline some common DEI-related terms, along with guidelines about when (and when not) to use them.

The terms “African American” and “Black” are often treated as interchangeable, but the use of “Black” has increased in recent years, becoming the preferred term for many. Most Black people in America cannot trace their lineage to a specific country in Africa, so it is advised to use the term “Black” unless otherwise requested.

The acronyms BIPOC (Black, Indigenous, and People of Color) and POC (People of Color) are umbrella terms that enable a shift away from terms like ‘marginalized’ and ‘minority’. The term “BIPOC” was created to address concerns raised by some Black and Indigenous people that the term “People of Color” or “POC” overgeneralizes and does not acknowledge that there are specific issues only Black and Indigenous people face. At the same time, research shows that the term “People of Color” has been effective in uniting people from various backgrounds around a commonality: the marginalization they have all faced in a predominantly white society.

Which term you use will depend on the context and your intent. At times, it makes sense to emphasize the commonalities among a group of people, and other times, you may be seeking to emphasize differences in experiences.

Historically, “color blind” meant treating all individuals/groups the same regardless of their race. However, the term is now widely considered problematic as it fails to acknowledge the very real and measurable impact that the color of someone’s skin has on the discrimination, disadvantages, and/or privilege they experience. When we choose to instead acknowledge race, we acknowledge the inequities that exist in society.

“Culture Fit” has long been a common term in the world of recruiting; when an organization seeks to assess a candidate’s culture fit, they are trying to evaluate whether their beliefs, ethics, and personality align with those of existing staff. While assessing culture fit may seem like a harmless practice, it often allows for unconscious biases to come into play. ‘Fit’ is highly subjective and hard to quantify, which means that more often than not, recruiters/hiring managers actually end up assessing likeability. Relying heavily on culture fit can also result in a homogenous staff, which can prohibit a culture of innovation and diversity. Instead, focus on ‘culture add’ – the ways in which a candidate can bring a new perspective and/or skills to your organization, which in turn diversifies and improves your culture.

Diversity is defined as being comprised of people or things that are different from each other. Thus, a single person cannot be diverse; only a group can. Furthermore, describing a person as diverse is not only inaccurate, but also depersonalizing. Instead, be specific. If you are referring to an individual with a certain racial background, then clearly state so. The same advice applies if you are referring to specific underrepresented groups or protected classes.

Hispanic vs Latino / Latino vs Latinx

Prior to 1977, the U.S. Census Bureau classified Latin American immigrants as white. Activists lobbied for the term “Hispanic” to be created as a way to collect data about how the group was under-resourced and had different needs than white communities. The term was also a way to organize as an identity. Today, the term is seen as controversial by some because of Spain’s history as a colonizer of Latin American countries. Many prefer the term Latino/Latina, which was created in the early 2000s as an alternative. Latino/Latina includes people from Spanish- and Portuguese-speaking countries of Latin America, but not people from Spain or Portugal.

In the past few years, the word Latinx has gained popularity, as a more inclusive and gender-neutral alternative to Latino/Latina. However, according to the Pew Research Center, only 23% of U.S. adults who self-identify as Hispanic or Latino have heard of the Latinx term, and just 3% use it to describe themselves. As always, defer to whomever you’re speaking with, and use the word that they identify with most closely.

Using the term “minority” as a euphemism for non-white people implies the population of America is composed of only two groups: whites and minorities. However, over a third of the U.S. is Latino, black or Asian American, according to the 2010 Census, and many sources project that non-whites will become the majority of the U.S. population by 2050. Beyond inaccuracy, the language itself reinforces status and sub-status, ignores the influence of people of color on mainstream culture, and erases specific identities.

When seeking to refer to non-white people, the collective term “communities of color” is preferable, as it does not detract from individual races and ethnicities. However, whenever possible, be specific with your language. “Communities of color” should not function as a catch-all phrase if you’re actually referring to a certain group of people, e.g. Black, Latino/Latina, Asian, Middle Eastern, or Indigenous people, etc.

To learn more about these DEI-related terms and their uses, explore the following sites: The Atlantic, DiversityEdu, NPR, Pew Research Center, and Radical Copy Editor.

Development Guild DDI recognizes that diverse voices, perspectives, and experiences are required for the greatest impact, and we are committed to supporting and strengthening DEI industry-wide—through our work as nonprofit consultants—and internally as a firm. Learn more about our commitment to DEI. 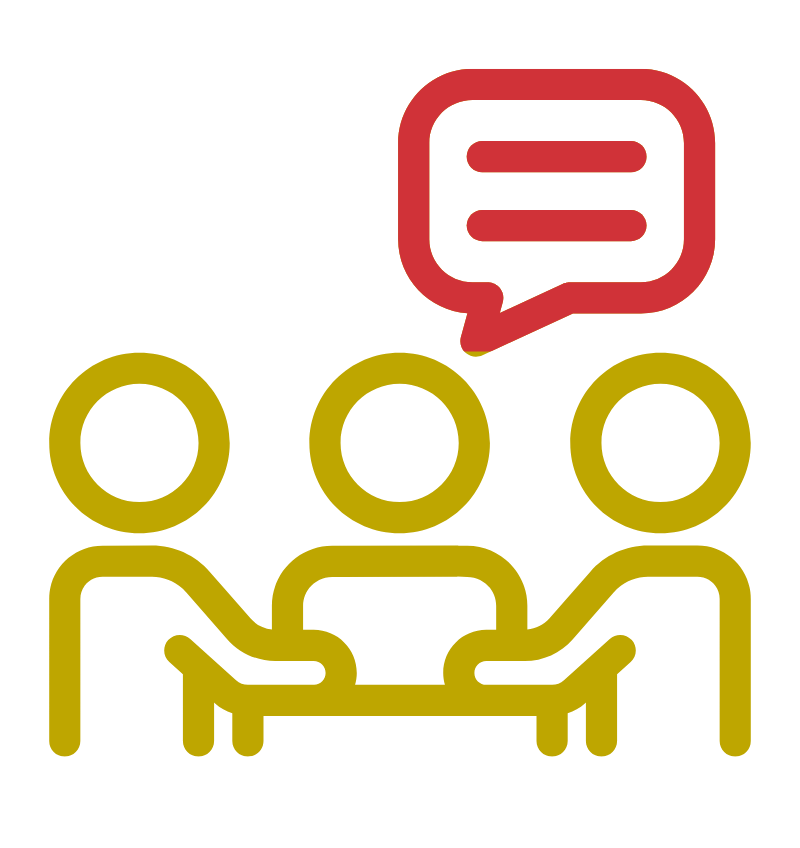 Why DEI Success Doesn’t Start with the Hiring Process

Before an organization can successfully recruit and retain a diverse workplace, they need to take these 2 important steps.

Discover how to ensure that before, during, and after the meeting, your policy and practices are as inclusive as possible.