This month, Victoria Jones talked with Mark Edwards, CEO and Co-Founder of Upstream. Mark has spent better than 25 years leading organizations that he believes get to the core of leveraging opportunity for individuals who need it most. Upstream aims to put women in charge of the choice and timing of their pregnancies by training and supporting health centers to offer the full range of contraception options. Today, Upstream – with Mark at the helm – has made more progress on this issue than our country has made in many decades at a time when COVID-19 is challenging our health care system to its core and the BLM Movement is inspiring deep systemic change. Read what he had to say…

Victoria: You have tackled and changed opportunity on many fronts. Why Upstream? 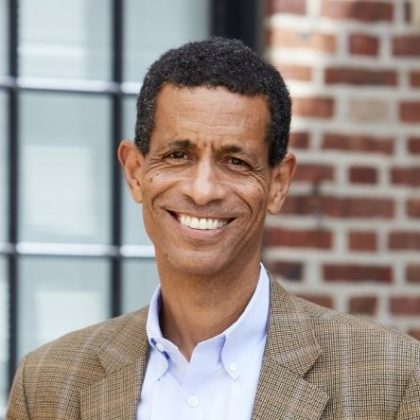 Mark: It’s a personal issue for me – my father grew up in Bed-Stuy in NY, long before it was a cool place to be, and bounced around a bunch in his life. He never knew his own dad, and after losing his mom at sixteen, he ended up in the army. We all know the data about how children in those kinds of situations turn out. But not for us. My father found his path and ended up sending three kids to Harvard. I saw firsthand and had in my DNA this recognition that opportunity made a difference. So, I guess you could say my eyes were always on what I could do to help create opportunity and mobility.

Maybe 12 years or so ago, I was on at least a half a dozen nonprofit boards in Boston representing organizations that were all asking the same questions: How do we create real change? And when we find that idea, how do we get it to scale fast enough to make a big impact? Mission was a driver, but scale was the big motivator.

I got a new jolt of inspiration when Barack Obama became President. I believed this was going to be a moment of real change, so I started an organization called Opportunity Nation. I had the very naïve idea that this was the moment where if we could just bring together a bipartisan coalition around an opportunity agenda writ large, we could really move federal policy forward. Needless to say, it was more difficult than I imagined. But it was not without a big breakthrough for me. With Opportunity Nation, I spent a lot of time with young people and gained insights into their biggest challenges. Over and over again I heard that the issue of unplanned pregnancy stood in the way of opportunity.

In the US today, nearly half of all pregnancies are unplanned. That’s a million and a half unplanned children born every year. We want women to be in charge of deciding when they want to have children. What people don’t know is that for most women in an unplanned pregnancy, they are using a form of birth control – the methods they’re using are failing them. The idea behind Upstream has been to provide easy access to best in class contraceptive care and methods by working closely and deeply with community health centers to train them and help them change their practices so that the right choices are available to more women.

You are right…. I didn’t start out with plans to work in family planning. I arrived at family planning because this is one of the most important levers we have to expand opportunity in this country. Better yet, there isn’t a policy barrier. In fact, government policy supports this mission; it’s the health system that isn’t able to deliver the necessary care. We knew that if we could change that, we could have a real impact.

That is the long story of how Upstream came to be!

You have achieved big impact much quicker than most. How are you thinking about the organization’s future and goals?

Our founding vision was always to have a national impact. There are many local organizations doing very important work, and I have a deep respect for all of them. But I was at a point personally where I was interested in scale. So, we made the decision as an organization to work with the entire healthcare infrastructure in several states to see what we could do. We’re now in five states and impact is really taking hold. We’re super excited about the evidence coming out of Delaware (Editor’s note: Within three years of Upstream beginning their work in Delaware, the state saw a 37% decline in the rate of abortions). There’s real success, and we know our work is having a significant and causal impact on decreasing unplanned pregnancy.

At the same time, we’re in a moment where we are rethinking everything. The pandemic has caused us to rethink our delivery model – going virtual has accelerated some innovations for us that had already been percolating. We’re feeling an incredible sense of urgency, and it essentially comes down to a big denominator problem. As I mentioned there are one and a half million unplanned pregnancies every year. So, to make a difference across a number that size, it takes a greater level of organization and support. We want to increase our pace and scale. We have some big ideas that we are exploring now. It is too soon to share but keep a watch!

You had an incredible launch with the $60 million, seven-year investment of Blue Meridian Partners. It was a big bet. As you explore and navigate the shifts for Upstream – particularly today, how are you bringing your funding partners along?

I’ll always believe a dollar invested in Upstream is the most highly levered dollar you can give because of the downstream impact and inter-generational multiplier. We can straightforwardly make that case. That helps.

95% of Upstream’s philanthropy comes from 30 entities, most of which are individual families. It’s a very small set of deeply passionate donors who have made 7- and 8-figure commitments over several years. We feel incredibly lucky to have this level of support.

What’s interesting is none of them have a history in family planning; and more than anything, several of them are really interested in how you get social innovation to scale. They want to move the needle with evidence. Given that this is our investor portfolio, our communications are very high touch. We bring them deep behind the curtain. At another organization of our size, any one of these donors would be a board chair, so we treat them as such. We are fundamentally rethinking our work, and I do not have all the answers – we need their help. The partnership is genuine. I think that’s what keeps them at the table.

I want to switch tracks.  It feels like there never been a better—or a trickier—time to create real change  with the heightened commitment to Black Lives Matter and DEI.  As a black, male leader, how are you thinking about these issues and opportunities, particularly as it relates to Upstream?

I have not historically led with race, but I obviously feel that in this moment, silence is not an option. I’ve had more conversations with colleagues and friends about race in the past two months than I have in the past three decades, and I’ve been doing more writing and speaking on the topic as well. Being a black, male leader does not automatically mean that Upstream has been the anti-racist organization that we want it to be. We have work to do, and I have work to do. The color of my skin doesn’t insulate me from that fact.

In your recent article, “Upstream’s Journey and Commitment” you stated on behalf of all leaders at Upstream, you’re pledging to do more. What does that look like?

As you know well, this is a journey. DEI is not a priority you focus on once and then you’re done. There are immediate priorities and long-term priorities. At Upstream, we have focused on creating diversity at all levels of the organization. Now, I think we have to think more deeply about inclusion. We’re making it a standard topic in meetings, we’re creating affinity groups, and we’re being much more intentional about making sure our staff feel like they can bring their whole selves to Upstream. We are having some hard conversations, and we have a whole set of Upstreamers who are pushing me hard—appropriately—and I’m admitting to a lot of mistakes along the way. My sense is that our road map and goals will evolve and shift overtime. But most importantly, DEI is now fully front and center and integrated into everything that we do.

I’m so grateful that Upstream attracts very passionate and deeply committed employees. We’re working in a space that is deeply connected to equity, and we are doing racial justice work every day. We are always striving to level the playing field and create equitable opportunity, and I believe we’re well suited to continue to do that work.