Alumni: Where Are They Now? with David Yampanis

We recently caught up with former employee David to discover what he's been up to since leaving the firm!

What was your role while at Development Guild? 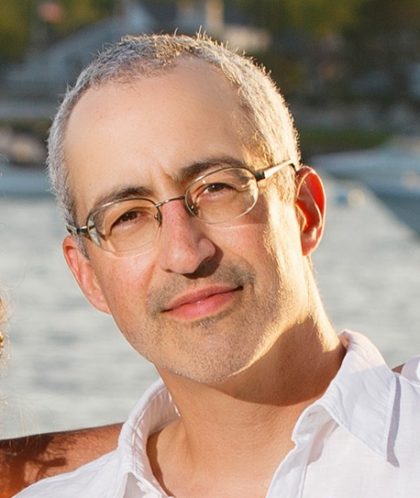 I was the Financial Systems Manager under Deb and Suzi in the late ’90s – wow that sounds so long ago! I managed the contracts, payroll, accounts payable, and accounts receivable. I also was able to work briefly on a fundraising system implementation project for the US Holocaust Museum, for which the work was based at MITRE company in Reading.

What did you take away from your time here that has served you well in your career?

I got to wear many hats and I tried to add value and learn wherever I could, whether it was part of my primary role, or otherwise. I’ve done this ever since in my career and it has helped me to move forward and take on new responsibilities. I believe the more you know about a company the better you can add value. I’ve also always made it a goal to help my leader/supervisor be successful through new ideas and strategic input.

What have you been up to since leaving?

I had my first child, Robert Nils, while at Development Guild in 1999. Suzi & Bill gave us the best plaid MacLaren stroller ever as a gift! Bill couldn’t stop talking about how cool the pivoting wheels were, and we soon were in agreement with him. We moved from West of Boston to South of Boston, and then had a daughter, Clara Beatrice in 2002. We bought a fixer upper house in Norwell and have spent 17+ years working on our house! It’s almost done… Clara is starting college in a few weeks so we’ll have two in college.

I left DG in late 1999 and started at Deloitte & Touche, a large professional services firm. I have been there since 2000 until this past June when I left. I started my MBA in the evenings at Babson and finished in 2007. I’ve kept a foot in volunteer work from town committees to Habitat for Humanity to the Home for Little Wanderers, and the Evan Henry Foundation for Autism. I’m currently volunteer Treasurer for a chapter of the Appalachian Mountain Club. I’m an avid gardener, beekeeper, hiker, and volleyball player. Right now, I’m looking for a next step in my career, possibly in Finance at a nonprofit.

Tell us more about your last role at Deloitte.

I was the finance lead for what we called Org-Wide costs for about 4 years. I was responsible for planning, analysis, forecasting, reporting, and closing for about $1.7B of expenses for the firm. My internal client was the CFO, but I worked across all parts of the firm. I focused on cross-business areas such as Pension, Interest Expense, Foreign Exchange, Severance, Partner Units, Claims & Insurance, Bonuses, Firm Taxes, and Fringe Benefits. Concurrently I took other roles as interim Talent Controller, SAP Implementation Change Champion, and Global Services Controller. I also stayed involved in various Talent initiatives including a formal coaching program, an Inclusion committee, and a Management Development Program. I juggled well I suppose.

What is your fondest memory from your time at Development Guild?

Suzi and Bill are caring, invested leaders, who set out to make a significant difference in the nonprofit world and to create a firm that is more like a family than a firm. They were trying to get the best out of their people and to help everyone to grow and add value. I wasn’t in client service, per se, but they gave me the opportunity to try my skills with a client, and they didn’t put me in a box. After 20 years of seeing many other leadership styles (good and bad), I believe that DG has a very good model for others to follow.

Do you have any advice you would like to give to incoming employees?

Do your own role well, but also think about ways to learn about and help the broader organization. Raise your hand to help out when priorities change. Ask questions, be curious. Take on roles which maybe are uncomfortable initially, but which will add to your value when you succeed. Be a good listener, respect everyone in the firm, take some risks, be adaptable, and develop those under you to spread their own wings.

If you’re interested in becoming a part of the Development Guild team, you can explore our current openings here: Join Us.

We caught up with Tracy Marshall, Senior Vice President, on her time at Development Guild.

9 Skills That Today’s Employers Are Seeking in Candidates

Our Co-Founder Bill Weber outlines the most desirable skills in today’s market, the questions employers can use to assess these skills, and what candidates should consider in response.