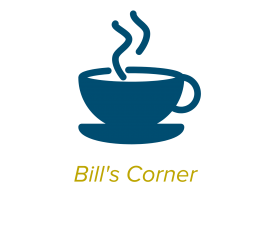 “Why Are Fundraising Staff Paid So Much?”

Fundraisers take a lot of heat just for being fundraisers.

Questions around high compensation and job loyalty are often raised by donors (or non-fundraising colleagues). And of course, there are always questions about how the fundraising is actually done. These comments can at best feel ill-informed, and at worst unkind.

Of course, the last thing a fundraiser should do is attempt to win a debate with a donor. However, acknowledging misconceptions, being open to different perspectives, and offering educational information to the contrary can improve the dialogue – and one’s relationship with the donor.

Here are some of the questions I’ve heard posed to fundraisers most frequently over the years, as well as typical responses:

Question: “Why are fundraisers paid so much?”

Response: “Effective fundraising is a great return on investment. Fundraisers are in demand because the funds we raise support everything from mission delivery to operations to salaries (including our own).”

Question: “Why do fundraisers change organizations so frequently? Are you not as committed to the mission as I am?”

Response: “In an ideal world, we would not need to move jobs so often, but when a campaign ends, often our position/role does too. And when a new CEO or President arrives, they may choose to replace existing staff with a new team of professionals with different areas of expertise.”

Question: “Is there a tax on my gift which goes toward paying your salary?”

Response: “No. It is extremely rare for a professional fundraiser to be paid a commission on funds they raise. In fact, much less than 1% of fundraisers’ compensation can in any way be thought of as commission.”

Response: “Yes, fundraisers are friendly! The opportunity to interact with and form relationships with so many people is often one of the main reasons we enter the profession. But we also work hard, train hard, and keep on going when times are tough — there’s much more to the job than being extroverted!”

Even if these responses may not eradicate donors’ criticisms entirely, they can help redirect the conversation and may improve communication. It may also be useful for fundraisers to reflect on why donors hold these false impressions – after all, they’re rarely ill-willed!

First, fundraisers shine the spotlight on their mission and board and not on themselves. As a result, donors might not be aware of the actual role fundraisers play in strategy and day-to-day operations.

Second, fundraising practices can vary dramatically from organization to organization, so it’s just about impossible for a donor to accurately assess and figure out a fundraiser’s role and impact at a specific organization.

Third, fundraising terminology often keeps outsiders at arm’s length. There are a number of terms that can be unclear to donors, such as the difference between fundraising, advancement, development, and philanthropy; what a LYBUNT and SYBUNT is; or why some titles include “gift planning” while others include “planned giving.”

In the end, fundraising is now so big, so consequential, and so visible that criticisms of the role of fundraisers are inevitable. As we’ve noted, while much of it may be ill-informed, the criticism can also lead to a more open, informative, and transparent conversation with the donor. Best yet, it may unearth a valuable new idea or interest of the donor’s which can deepen the dialogue and offer an opportunity to create a stronger engagement. Remaining open to such feedback is critical to a fundraiser’s success.

Do you have any comments or questions on this topic? It would be great to hear from you. Please reach out to me at wweber@developmentguild.com.