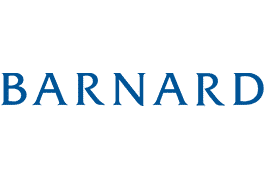 Located on the Upper West Side of Manhattan, Barnard College has been a distinguished leader in higher education since its founding in 1889. Barnard’s world class faculty of teacher-scholars offers a rigorous liberal arts foundation to more than 2,500 young women whose curiosity, drive, and exuberance set them apart. The College’s graduates have gone on to become leaders in the arts, business, government, and science.

Development Guild DDI has partnered with Barnard College to provide both campaign and executive search services. We partnered with Barnard early in their thinking about a campaign to guide expectations and to help position various stakeholders for what it would both mean and require to be in a campaign much larger than anything they had ever attempted.  Recognizing that it would require launching with audacious gifts that would reframe the philanthropic culture of the College, we crafted a successful plan for a very small number of donors to contribute a very big portion of the campaign goal right out of the gate.  Four donors contributed 33% of the then $300 million goal (it was later raised), and reset the stage for philanthropy.  Barnard went on to raise $325 million, build a new teaching and learning center that has transformed the campus, and reach a remarkable level of endowment at a time when all liberal arts colleges are focused in financial sustainability.