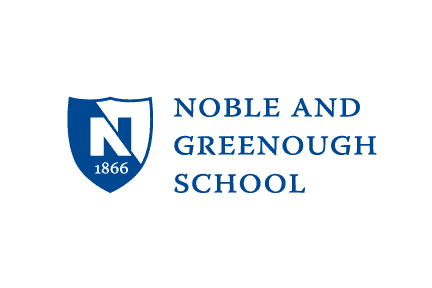 Noble & Greenough School (Nobles) is a coeducational, day and boarding school for grades 7-12, located in Dedham, MA and a leader in independent school philanthropy. Nobles engaged Development Guild DDI as its counsel partner when beginning to design its sesquicentennial campaign, following closely the completion of a $90 million campaign just a few years prior. One thing that Nobles says drew it to Development Guild, was the firm’s intentional work across nonprofit sectors which “exposed us to experiences and best practices outside of our own field, as well as the firm’s deep knowledge of the philanthropic landscape in Greater Boston.”

We partnered with Nobles’ Development team in a discovery and planning process that engaged hundreds of prospects and donors—some in traditional feasibility interviews and many in a shared initiative to introduce the school’s vision and priorities to as wide an audience as possible. As a result, we could all set our sights on an ambitious campaign goal that Nobles far exceeded. With engagement of the Board and 20+-member committee, the campaign closed at $138M. As a testament to its success and the substantial community support, the celebration honoring the campaign close saw greater attendance than any reunion in the School’s history.

In preparing for our $137M capital campaign, we were seeking a consultant who would help us question all our assumptions—and then keep us on track with the right solutions. Development Guild did just that. They were with us for every step of the campaign and shared in our celebration when we achieved our most ambitious goals.