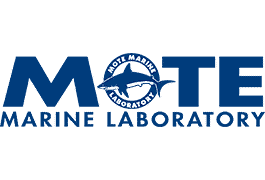 How Mote engaged 11,000+ new donors in support of its multi-million dollar campaign

Mote Marine Laboratory and Aquarium, an independent, internationally-renowned marine research institution in Sarasota, Florida, retained Development Guild DDI to strengthen and grown its philanthropic efforts including the implementation of a first-ever comprehensive fundraising campaign. What started as a feasibility study for a proposed $30 million campaign resulted in Mote surpassing its $50 million campaign goal. The campaign consisted of 23,000 total donors, 50% of whom were first-time giver, and eleven seven-figure gifts.

Critical to Mote’s success was establishing the case for support. This was accomplished by fostering the critical relationship between the marketing and communications department and the development team. With this foundation in place, we engaged Mote on campaign planning, goal setting, and campaign cultivation, solicitation, and implementation. During the course of the campaign, we assisted with staff changes and worked closely with the CEO and Mote voluntary leadership on progress, campaign opportunities, and case priorities. The community now recognizes Mote as the marine research leader it has always been, and philanthropy is now a major driver of the organization.

Contact us to learn more about our campaign counsel services.