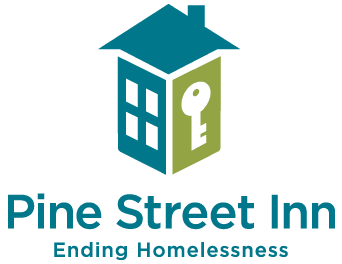 Pine Street Inn is the largest homeless services provider in New England and a national leader in developing affordable housing for formerly-homeless individuals. Pine Street provides a comprehensive range of services to nearly 2,000 homeless and formerly-homeless men and women each day. Development Guild DDI has partnered with Pine Street’s leadership over three decades to deliver exceptional staff recruitment, significant board development, and exponential fundraising growth. Our collaboration has included three capital campaigns: two successful campaigns totaling $33M and a third, $50M campaign – Pine Street’s 50th Anniversary Campaign – scheduled to conclude in 2021. In addition, annual fund revenue has grown from $3M in 1990 to > $10M in 2018. Over that same time span, we conducted 15 executive searches on Pine Street’s behalf, including two CEO searches and two SVP of Development searches. Our collaboration has resulted in many “firsts” for Pine Street:

From the late-1990s to the early-2000 Development Guild helped Pine Street expand its fundraising operation, particularly aimed at developing a more robust major gift program. Over this period we conducted nine (9) C-suite and gift officer searches. Annual philanthropic revenue doubled from to >$7M.

In 2000, Development Guild partnered with Pine Street’s Board of Directors for its second Presidential search to recruit Lyndia Downie. Lyndia remains in that role today and has stewarded the organization from a large homeless shelter with a budget of $22M to a $50+M, multi-service, organization, leading New England in providing housing, job training, shelter, and street outreach to homeless and formerly-homeless men and women.

After Development Guild conducted a comprehensive fundraising Assessment in 2007, we partnered with Pine Street to launch a $20M major gift campaign in 2009 to fuel a fundamental shift in its programs and services emphasizing Housing First. Successfully concluding in 2014, the campaign expanded Pine Street’s affordable supportive housing to 800 units.

2016-Present – Investments in Solutions to Homelessness

In 2016-17, Development Guild conducted an Advancement Department Assessment and Feasibility Study to test Pine Street’s readiness to launch a 50th Anniversary Campaign. The Study resulted in a complete restructuring and staff expansion. With a reorganized and expanded Advancement enterprise, the study confirmed Pine Street’s donor capacity to raise $50M in campaign revenue over five years while maintaining Annual Fund revenue of $10M per year over the same period.

Pine Street Inn launched its 50th Anniversary Campaign in 2018. Currently in its second year, Campaign revenue is ahead of projections at nearly $28M in commitments as of 3/31/19.  It includes a unique partnership with the City of Boston (Boston’s Way Home Fund), two gifts of $5M (and an additional $5M gift pending), and many other seven figure gifts. Learn more about the Campaign and how Pine Street Inn is honoring its 50th anniversary on their website.

Development Guild has been our trusted partner for well over 20 years. We have worked together on two successful fundraising campaigns – and are now launching our third, and most ambitious, campaign together. We have also partnered on numerous searches for C-suite and fundraising staff. These collaborations have contributed significantly to Pine Street’s evolution as the leader in efforts to end homelessness in Boston. Much like Pine Street, Development Guild strives for excellence. In search, their understanding of our culture, deep marketplace knowledge and access to top candidates has resulted in new staff who have an impact on day-one. In fundraising, each of our campaigns, and our work to sustain and grow our philanthropy in between campaigns, has benefited significantly from Development Guild’s strategic approach. But, perhaps the most intangible but critical aspect of our partnership is the deep trust we have in their commitment to our values and mission.